Then and Now: Manchester The Past 40 Years

Since Alexander & Co was founded in 1976, Manchester has undergone many changes. From a city ravaged with unemployment under Thatcher’s government to the IRA bombing in 1996. Manchester certainly looks and feels a lot different. So to begin our 40-year celebration, let’s have a look at Manchester has changed these past 40 years:

Construction on the infamous Manchester Arndale was completed in 1979 after 5 years at a cost of £100m, becoming the largest of a chain of Arndale Centres built across the UK. 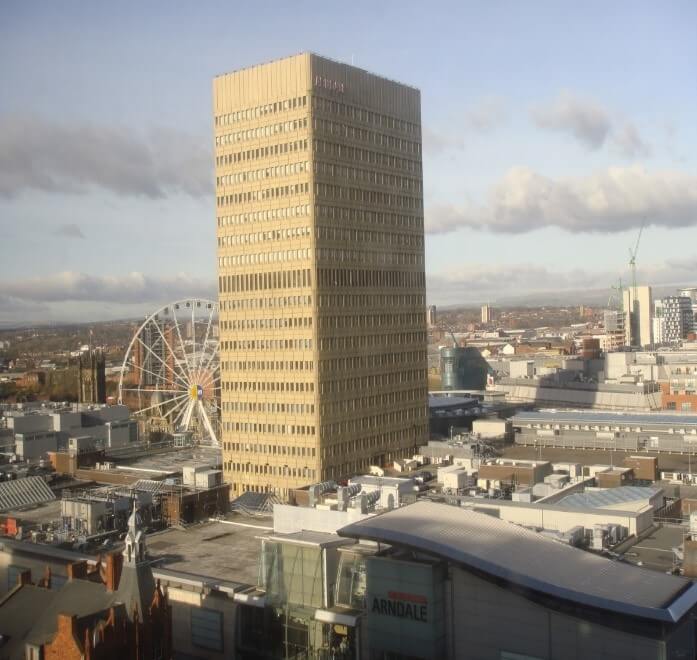 This was the original yellow building from 1979, which still remains as part of the new Arndale complex.

After the 1996 IRA bombing in Manchester, the largest bomb in the city since WWII, the Arndale centre was redeveloped, leading to drastic changes.

The centre is now Europe’s largest city-centre shopping mall, and surpasses the Trafford Centre in terms of visitors annually.

Piccadilly Gardens in Manchester has a rich history. It was home to the Manchester Royal Infirmary in the 18th Century and even housed a Psychiatric Hospitals 10 years later.

Both were ultimately relocated to new locations. The gardens are now a central hub of Manchester’s public transport system, but before that it had taken on my different identities.

This is what Piccadilly Gardens looks like present day. This was another product of the IRA bomb and continuous redevelopment of the city centre, world renowned Japanese artist Tadao Ando teamed up with local architects to create the new revamped Gardens. 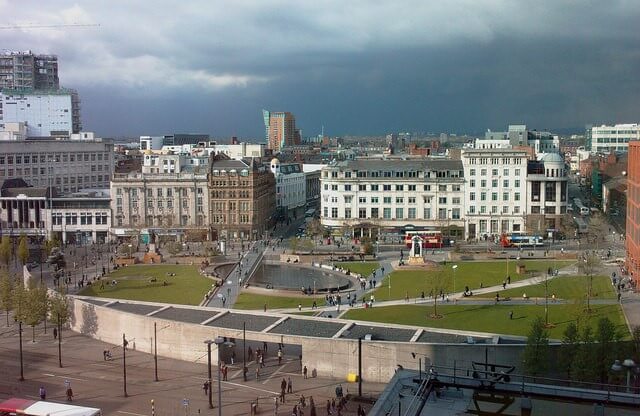 At a cost of £10million, the redevelopment of the Gardens came under criticism for being too modern and for the sale of public land to private enterprise.

Towards the end of the 80s, Manchester experienced a revival. This can be credited in part to the budding music scene and the growth of “Madchester”. The Hacienda was a famous nightclub and music venue. Since its closing, it has been transformed into flats just like many of the other abandoned building in Manchester such as old mills ad textile warehouses.

Today Manchester is a lot different. Once an industrial powerhouse, Manchester now features in the top 30 cities in the world for investment. Ranking 12th for the highest proportion of urban economy that emerged from financial and business services.

Of all the 10 largest financial centres in the UK, only Manchester and Cardiff have sustained employment levels.

This is the view of Manchester City Centre from The Beetham Tower completed in 2006 and the tallest residential building in Europe.

Manchester has certainly come a long way since its early beginnings back in 79 AD as a minor Lancastrian township. The cotton boom allowed Manchester to become the world’s first industrialised city.  Since then, times have been turbulent but Manchester now is in a very healthy state, out of all 10 largest financial centres in the UK, only Manchester and Cardiff have sustained employment levels.