Jail For Half A Million Tax Dodger

Given that there are many ways to legally minimise your inheritance tax obligations, it does puzzle us when people go to criminal lengths to avoid their duties.

And this recent news case shows that it doesn’t pay: a 56-year-old woman got a two-year prison sentence for giving fraudulent details to HMRC about the value of assets she inherited from her deceased aunt. Theresa Bunn informed HMRC of a £285,000 windfall when the actual figure was around £1.5 million!

According to HMRC she also failed to give correct details of financial gifts made to her by her aunt. Financial gifts are not subject to inheritance tax under very strict criteria. 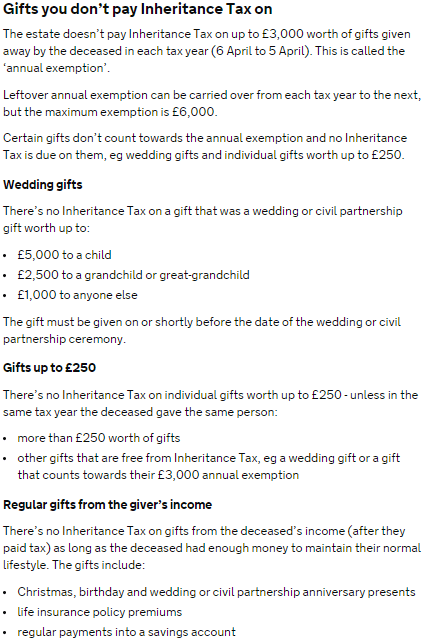 Some examples of gifts exempt from Inheritance Tax

It’s rare that a case like this against an individual would be made public but HMRC are hoping to stop people from doing the same. According to Patricia Mock, personal tax expert at Deloitte: “I’m not aware of an inheritance tax case where HMRC has chosen to publicise the outcome of an investigation. But we have seen the trend of naming and shaming taxpayers where other types of tax avoidance are involved.”

The thresholds are quite simple, estates under £325,000 are not subject to the tax but any assets above that are subject to 40% tax. These thresholds have been criticised because rising house prices have meant more and more people are falling into the 40% band.

Fortunately, couples can add their £325,000 allowances together to get a £625,000 inheritance tax allowance. And there are various other ways in which an  individual inherting or transferring an estate can, which you can read about here.

How did Ms Bunn get caught? HMRC said they had been compelled to investigate her “after officers discovered she had been financially supporting a friend and using her friend’s bank accounts to hide money and evidence of her spending from her family”.

HMRC have been sure to come across as firm. Stuart Taylor, a director at HMRC: “The vast majority of us pay what is due, when it is due, but HMRC will not tolerate tax fraud and will investigate those we suspect of operating outside the law.”