We turned out a smaller team than previously Great Manchester Runs due to the postponements of the event due to the pandemic and personal commitments. However, with the team beating some amazing personal bests, this has already encouraged sign-ups for 2022, when we aim to be back in full force.

We were particularly pleased that we entered two teams into the small business challenge and not only did we win this category (with a combined time almost 24 minutes faster than the second place) but our second team managed to come third, taking two of the three top places in the mixed category. 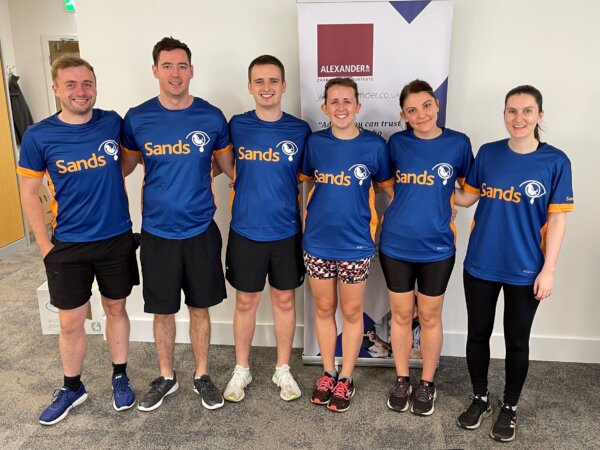 All the partners and staff members here would like to thank and congratulate the Alexander & Co runners for their stella efforts at the Great Manchester Run.  As well as it being such a fun day, we also raised valuable funds for this our charity, Sands.

After all the hard work of the day, team Alexander and its spectators settled at The Wharf in Manchester for a well-deserved rest, tucking into their infamous Sunday lunches (and a couple of drinks too).

About Sands stillbirth and neonatal charity

Sands is one off the UKs leading stillbirth and neonatal death charity. It aims to reduce the number of babies dying and helps to ensure anyone affected by stillbirths receive the best possible support and care.

Sands works in partnership with health care professionals, health boards and trusts, bereavement care resources and training programmes helping to ensure that bereaved parents and families receive across the UK.