BBC Philharmonic unites three iconic venues for Music Nation event Echoes on the 4th of March. The Lowry, Imperial War Museum North and MediaCityUK will each host their own orchestral performance on the day, given by a mixture of professional and amateur musicians.

The BBC Philharmonic will perform from their own studio at MediaCityUK. 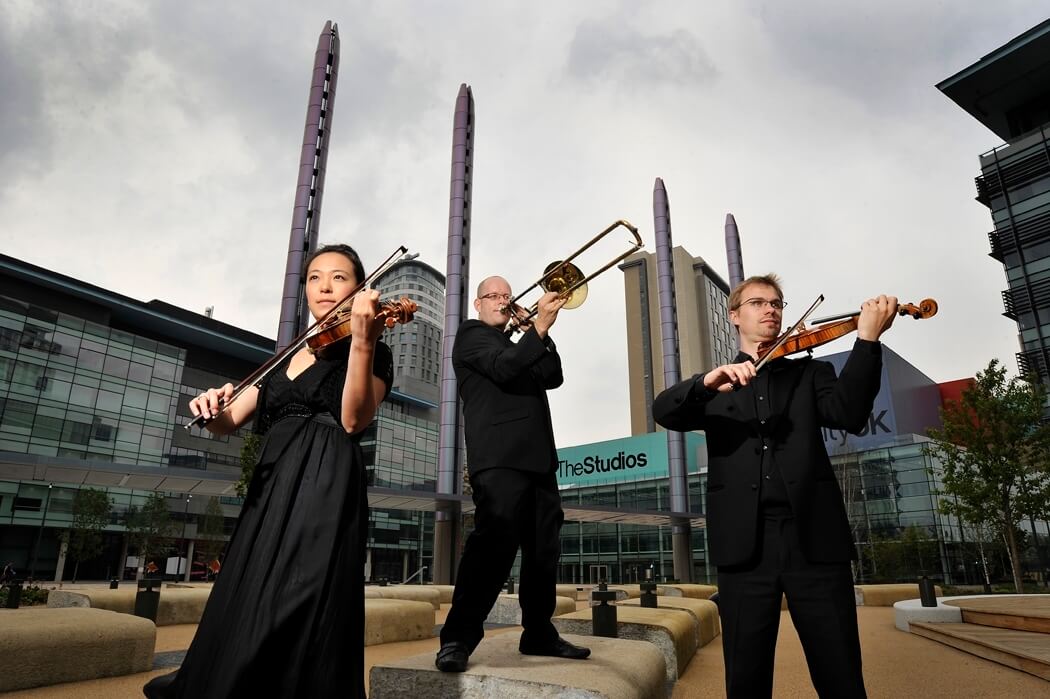 The music will reflect the history of the Quays and the people who have lived and worked there, but it will also offer a glimpse of the future, the birth of a new era – the Echoes of times past and events yet to come, from one building to another.